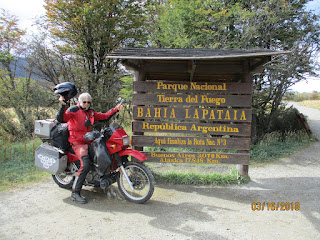 
I was eating breakfast and it was 9:30 / 10:00 in the morning and I get a texted from Russ. It said they’re ready to ride out into Parque Nacional – Tierra del Fuego  - Bahia Lapataia to take pictures by the sign. This sign is the Holy Grail or the Brass Ring of riding to the tip of Argentina. It’s the sign you want to show all your friends and your grandchildren when you’re bragging up your motorcycle travels. I asked if they could give me a minute or two I so can get myself together and I would text them back when I was ready. They said they could wait and drink another cup of coffee. I got myself and my motorcycle put together and texted them back and said “I’m ready to ride.” 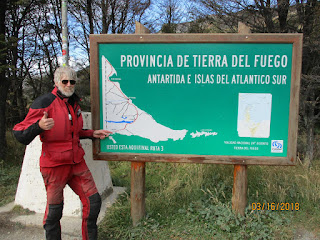 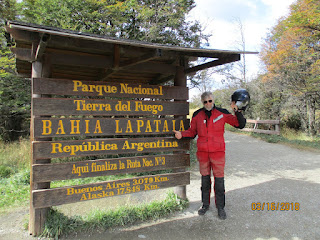 They showed up at my hotel and I asked who wants to lead. I had my GPS programmed to go to the end of the road in the park. I told them that and they said “lead the way.” I told them I’m slow and sometimes miss turns, and they said they were ok with that too. So off we go. I never missed a turn on the way out there. When we arrived, I drove right up into the area of the sign. I wanted to get a picture of me, my motorcycle and the sign. That was my mission. We had to wait through many tour bus people to get our turn at the sign but we eventually got our photo session at the sign with very little interference. We even took pictures for people and they just loved us for it. 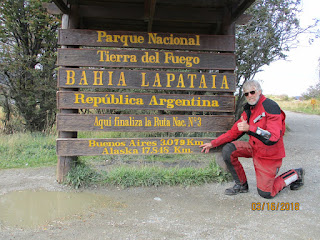 Russ had a Cuban woman chew his ear off because she really liked his motorcycle. Had he wanted to pursue it I’m sure he could have had a date for the night. Every one of us got all the pictures taken we could want, and we left for the Green lake. Neil and Russ wanted to see this lake. I’m not sure why the water is green. It could be caused by the minerals in the soil, trees or the vegetation in the area. I’ve seen a green river like that farther North that I took a picture of.


Neil and I were standing on the observation deck talking and this tall woman was standing there looking around. I don’t know if she was with a tour or with a boyfriend and Neil said “She’s an American.” I asked him how he knew. He said only American / U.S.A. people have white teeth. So we asked her if she was American and she said yes. I asked her where she was from and she said, Chicago, Illinois. I about fell over dead. I told her I was from St Paul / Minneapolis, Minnesota. We also told her one of the guys with us who was out taking in the views was from Chicago. It just goes to show you just how small this world really is. 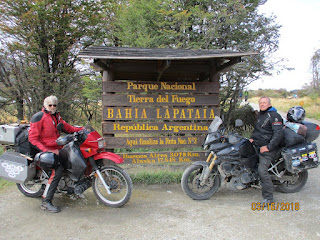 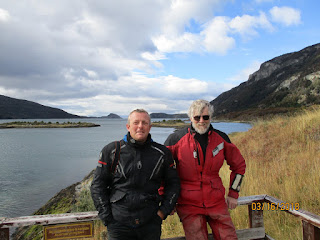 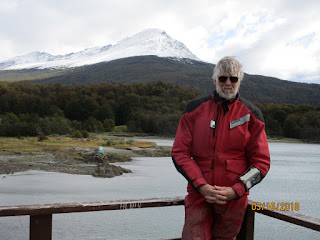 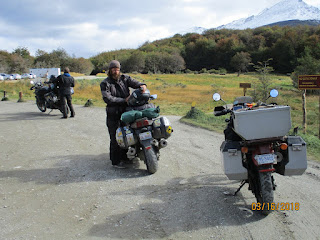 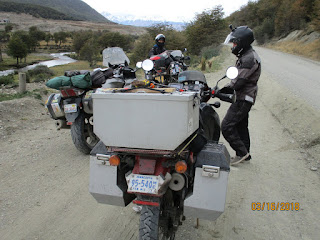 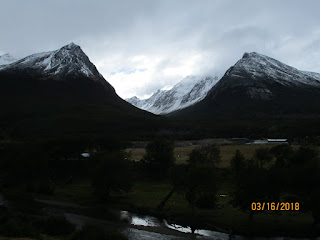 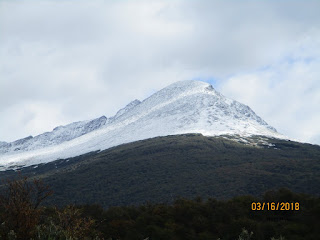 I asked Neil where he heard about only Americans having white teeth. He said he was watching an interview with Russel Crowe the Australian Actor, who told the individual who was interviewing him that the only people in the world who have white teeth are Americans. I noticed some women in Central and South America who had white teeth: maybe they were from the USA and I didn’t know it.

From there we stopped once more to take some more photos and then we were off to the hotel. We got back to my hotel and then Russ and Neil split off to their hotel. I sent out some quick e-mails and then went to look up some motorcycle shops in Ushuaia. The Kawasaki shop was closed, the second shop was closed and Moto Pablo’s was open. I knocked on the window and someone opened the door. I walked in and everyone was wondering “Who is this Gringo?” And I was thinking “This is my kind of place.” We translated through our cell phones. I got the oil I wanted, I was able to change my own oil and they disposed of my old oil. I was happy. It was a Gomer Pyle kind of place. People came to talk and shoot the bull. I worked away with an occasional observer checking out my motorcycle. Nobody was an ass. I paid up, everybody was happy and they helped me to jump a 3.0 Inch / 8 CM step to get my bike out the door. 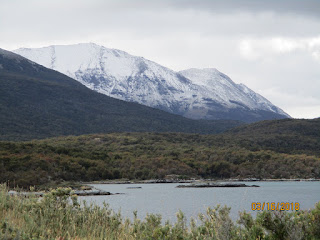 Before I left, I showed Moto Pablo that I found his place on the internet and he gave me some stickers to put on my motorcycle. I was really glad I got that job done. It was a rainy trip back to the hotel. One thing for sure I was glad I had Blanche doing the navigating, otherwise I would have never found the hotel. I sat down and was eating at my hotel and texted Russ I had changed my oil. Boy I was glad it was done.
Posted by Beauty at 10:43 AM