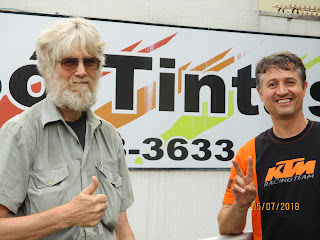 7 May 2018 – I stopped in at Robson’s paint store today. He introduced me to all his employees. He actually has a set of identical twins working for him. That’s kind of amazing. We talked some about motorcycles and then he helped me download the United States Maps for my GPS. He has Wi-Fi in his store so we attempted to use his computer to download the Maps to my GPS. After several failed attempts at downloading the maps we decided my U.S. Garmin GPS did not like his Brazilian laptop computer. I have no idea why. We switched to my computer and eureka the maps down-loaded successfully. I asked him if he knew where I could purchase Yamalube 20W-50 oil. He said it wasn’t sold in Telemaco Borba and had to be purchased in another town nearby. He offered to purchase it for me as he was traveling to that town in the next few days. I said that was great and can you buy me 3 Quarts / 3 Liters please. I wasn’t sure but I may be riding my motorcycle down to Buenos Aires, Argentina to fly my motorcycle back to the U.S.A. I told him I would pay him for the oil and the gas to pick it up for me. 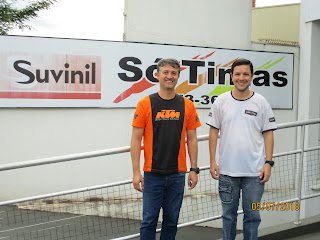 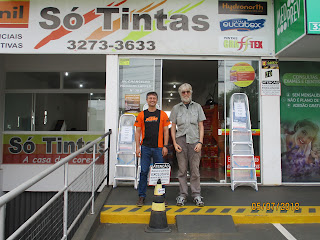 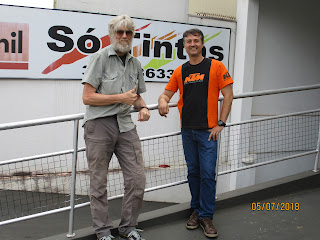 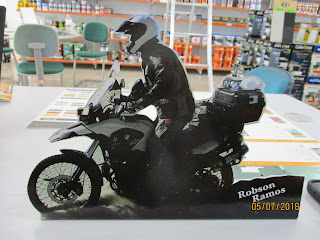 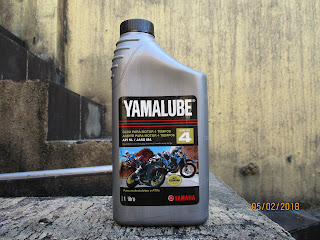 James Jr. told me his parents arrived in Curitiba today and will stay the night in Curitiba. We could not drive down to pick them up because it was a school day and James Jr.’s uncle drove a school bus for the school system. Tomorrow they will catch a bus from Curitiba back to Telemaco Borba.
Posted by Beauty at 7:02 AM