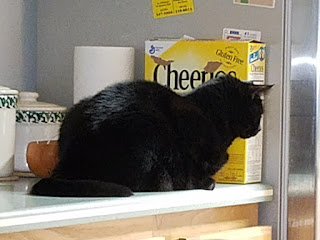 25 October 2017 - After leaving Prior Lake Minnesota on October 18, I arrived at my brother Larry's house in Walnut, California late in the afternoon. Walnut is a suburb of Los Angeles. It was during the World Series baseball play-offs and everyone will remember the temperature was between 90 and 100 degrees. When I arrived at my brother Larry and Tanya’s house it was for sure 100 degrees. I was just steaming inside my AeroStich RoadCrafter Riding Suit. Smok’n is the only word you could use to describe how hot I was. 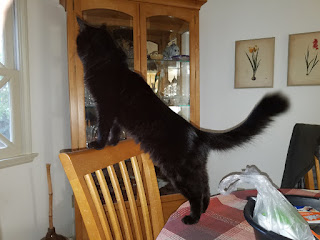 This was to be my staging point from which I began my southern travels to Ushuaia, Argentina. I took the next day off to rest up some and to catch up with Larry and Tanya. Of course, I also met the real residents of my brother’s house:  Key Key girl kitty and Joobie boy kitty. My brother and Tanya are servants to these two cats and they won’t be denied. Apparently, I passed the cat test because both these cats cozied up to me just like they knew me. I still think my brother’s house would be a great retirement home……nice kitchen, living and dining room, 3 bedrooms, 2 bathrooms, 2 car garage and most importantly no stairs. I could easily live in that house if it was not in such a large metropolitan area.

Here's a picture of my brother Larry and his home (with me and my bike in front of it, naturally). 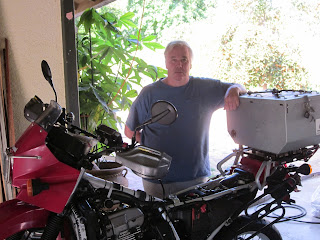 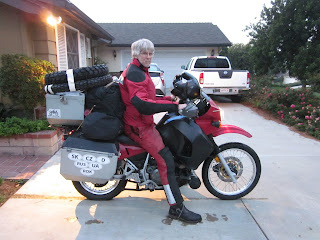