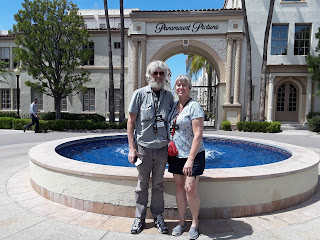 14 June 2018 – I got up this morning and the first thing I checked is the rear tire I left setting in the sun yesterday. The bead did eventually pop into place on the rim which was good. I also checked the air pressure. It was 49 or 50 psi. So, there are no leaks in the inner tube. Yeah!!! 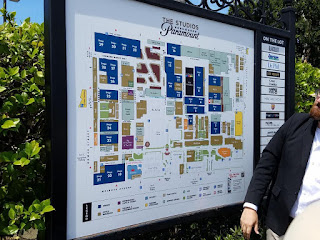 We all ate breakfast and then departed to Paramount Studios. We found parking and were able to get thru the check in line fairly easily because we had reservations. We waited in a waiting room that had short histories of some of their most famous actors and some of the costumes some of the actors wore. You could even touch and lift an Oscar if you desired. 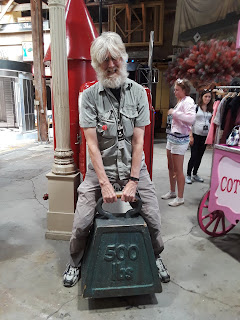 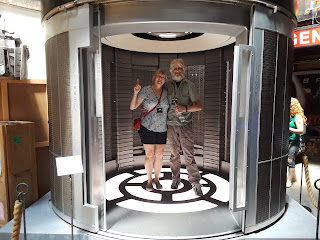 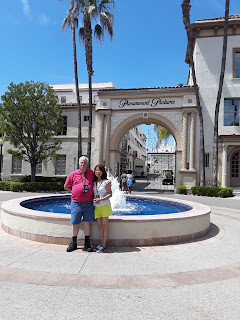 Our Tour Guide came in, collected us up into a tram, told us what the rules were and our first stop was the prop room. It was a limited prop room but it was a fun room. You could interact with the props if you wanted to. Mary and I took several pictures with different props. I never knew I could lift 500 Lbs. / 227 Kg. I found it to be quite easy. I rode the Star Trek elevator or lift.

We then moved on to the outdoors and got into our large golf carts. Man, it was smok’n hot. You only wanted to stand in the shade when the cart stopped. We took pictures by the famous Paramount Pictures Gate, some of the more interesting buildings etc. I tried holding up “Hollywood” spelled out on the hill behind Paramount Studio but just couldn’t get centered up on it. While we drove thru the lot, “Dr Phil” was filming on Stage 29. No one was allowed in so no big deal.

One of the more interesting facts that don’t meet the eye or ear is…….if you're filming in front of a building or a city block you have to pay rent for each street light, flower, mail box, newspaper box, parking meter, light on the front of a building, planter box in a window and even gum spots stuck on the sidewalk. I never gave gum much of a thought but New York City, NY has a gum pollution problem. They pay people / businesses to professionally steam clean sidewalks to remove gum spots. Who’d ever thought. I never did. 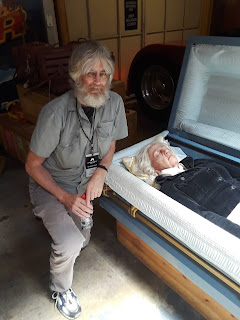 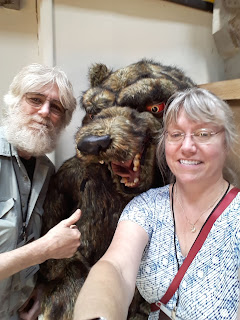 We were allowed to go into some of the building and look around. Most were just store fronts with maybe one room inside. That’s about it. You know there’s way more info about this tour which could be said. I could never do it justice. So, either you could read about it online or take the tour. When the tour was over, we were dropped off in front the souvenir shop. We checked it out. We picked out a couple of souvenir items. I always tried to find a hat pin of some sort for my pin collection. I’m unsure what Mary found. Probably a pen. She has an affinity for pens. 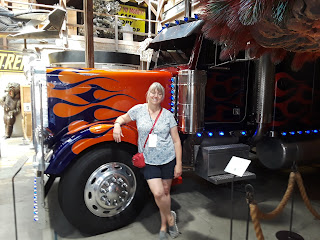 We gathered outside of Paramount Studios and decided where we should go eat. We decided on a Vietnamese Restaurant in a Strip Mall. According to Larry and Tonya it’s very authentic Vietnamese and serves very good food. We sat down at counter similar to what you find in an old-time drug store or truck stop. I don’t remember what everybody ordered but I ordered Vietnamese noodle soup. That is a large steaming bowl of noodles, bean sprouts, beef, maybe cilantro, broth and unknown seasonings. Man, that is some good stuff and it will fill you up while you're sweating. 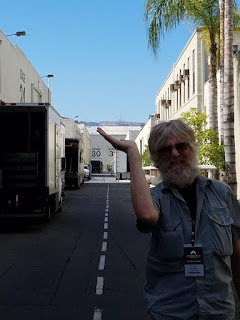 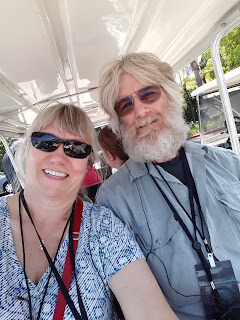 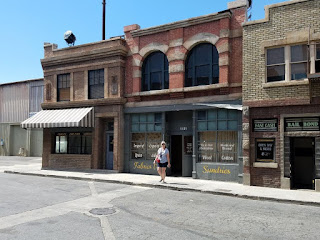 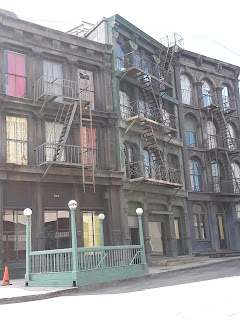 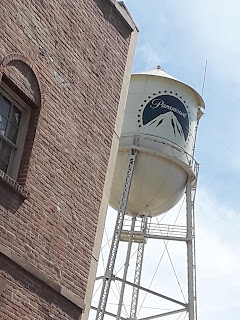 We went on one more shopping excursion. Tonya wanted to go shopping at an Asian Food Market. I think she was looking for a pair of flip flops. We all went with and took the tour. I always find Asian Food Markets interesting. You never know what you will find in them. When Tonya finished, we headed home for some ice cream. 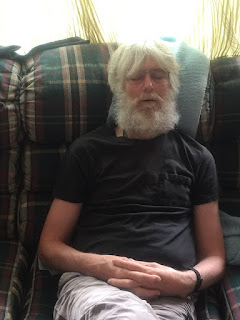