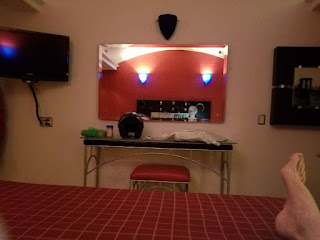 4 December 2017 – Before I left this morning I had to turn in to the cleaning lady the: air conditioner remote, TV remote, and the Hotel Rio monogrammed towel. I had to sign for that towel when I checked in. Sheesh.

So, off we go. It was one of the best riding days I’ve had in weeks. I gas up and I notice my rear tire was a little low on air. I checked it. 24 lbs. a little low so I put some air in it. I’ll have to watch that. It may have a slow leak. I hope not. I enjoyed mostly straight 60 Mph / 100 Kph riding. I was going places and it felt good.

At the first toll booth, I asked about purchasing an electronic pass and the people thought I was nuts. Nobody could seem to get the idea I wanted to purchase a pass. So much for translators... I bet they had a bunch of laughs over that. I stopped at a second place and asked about purchasing the electronic pass. No luck there. They thought I wanted to add money to my existing pass. Finally, the lady called up her daughter, who spoke excellent English. I mean good, American English. I talked to her and she translated for her mother. Once her mother realized what I wanted, she said they didn’t sell them at her store. So, I bought some stuff for the grief I caused those ladies and left.

After I left the building another guy approached me and asked if was having any problems. He thought I was out of money and needed help. I explained the whole electronic pass thing and told him I didn’t need any money. He thought I could buy one further in to the city but he didn’t know for sure. Why are they so hard to find? I was hoping to get an electronic pass and then activate it tonight but that didn’t happen.

I was about 9 miles / 15 Kilometers out of the city. I got Blanche tracking correctly and I watching her carefully that she didn’t deviate. Everything was looking good and then she picked Hwy 15.  Everything was still looking ok, but something didn’t seem quite right. Within about 6 miles / 10 Kilometers down the road I was in downtown Guadalajara Centro. Lots and Lots traffic. I was stuck in traffic and couldn’t get out of it. Deeper and deeper into the city I went. Here we go on another adventure. Finally, I got to a side street, totally lost. I pondered my situation and finally just decided to follow her directions to the point I put on her map. It was a crazy ride, but I got there.
The nearer I got to the point, the more I began to smell a familiar smell. The area I was in smelled just like the Crystal Sugar Plant in Grand Forks, North Dakota. What I was smelling was sugar cane being processed into sugar. This area I was in is an industrial area so I thought there would be a slim chance of having a hotel in the neighborhood. So, what do I do now? I looked at the clock. 5:00 p.m. with heavy traffic. I thought I’d just check to see where the nearest hotel was and drive to it. It was a .6 Mile / 1 Kilometer away. I drove to it and at first glance I thought I would pass on it. Then I looked in and it looked real nice. 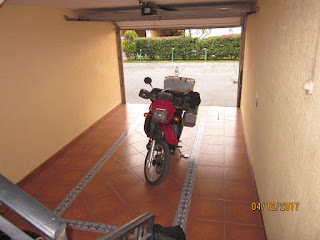 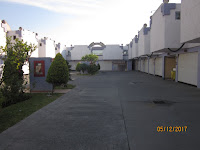 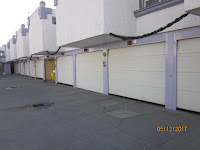 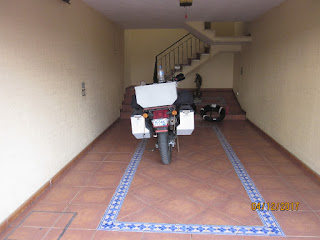 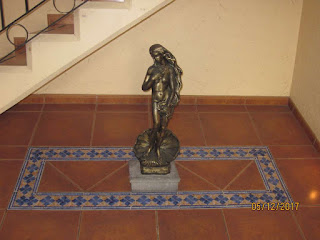 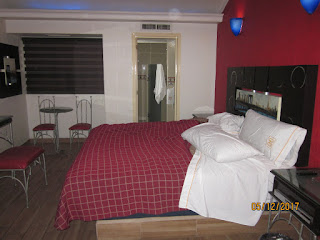 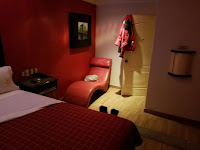 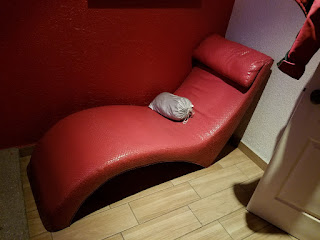 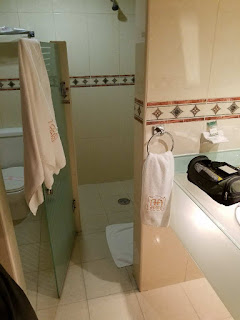 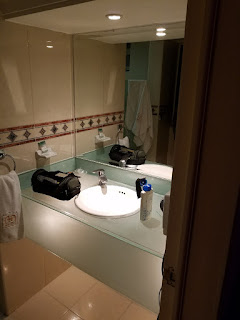 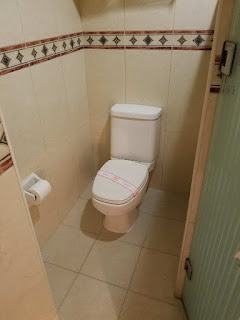 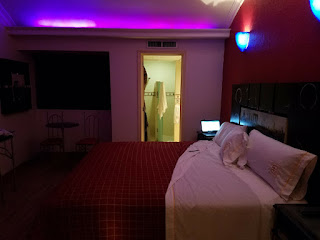 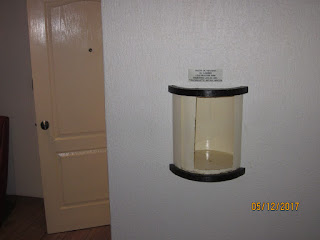 I went in and checked it out. The receptionist showed me around and I decided to stay. We couldn’t seem to come to an agreement on the price of the room due to language problems. Mainly mine. So, she called up her supervisor who spoke English. We agreed on the price and that I was to leave by 9:00 a.m. tomorrow. It was a done deal and I paid for the room. The room comes with its own garage, mood lighting, king size bed, security portal, a beautiful statue in an all-tiled garage and a nice bathroom. Basically, it’s for people to have secret rendezvous. The car is out of sight of prying eyes. You don’t sign in. You pay cash. No one needs to know anything. Even the guy that delivers pizza or booze can’t see you. The money gets put in the portal and turned 180 degrees. The food / booze then gets put into the portal and spun back around 180 degrees to the customer in the room. Too bad it didn’t come with Wi-Fi so I could find my way out of this town a little more easily. I don’t think I’m too far from Mexico Hwy 23 so I should be able find my way out of town. We’ll see how helpful Blanche can be. It’s time for bed.
Posted by Beauty at 3:17 PM