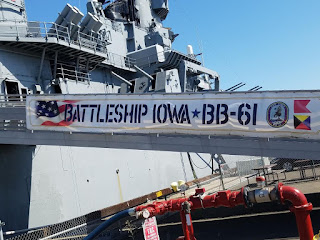 19 June 2018 – Today Larry, Tonya and I are going to visit the Battle Ship USS Iowa (BB-61) nicknamed “The Big Stick”. It presently is operating as a museum, docked in a harbor. I doubt if it will ever move again under its own power. SAD. A few facts about the ship: It was the first ship in America’s newest class of large and agile battleships that were built for World War II. The Iowa class of ships were large, fast battleships that would be built for the World War II effort. She is 887 feet 3 inches long and at the tallest point it is over 187 feet over the water line. I’m just speaking for the 16” inch guns. Typically there are nine 16” inch guns on the USS Iowa. Each gun would have between 100 – 120 projectiles and propellants bags. That meant around 800 - 1000 rounds were carried on the ship just for these guns. That does not include all the ammunition for the smaller guns. Simply put, one mistake and it’s a watery grave forever. It was commissioned 22 February 1943. It’s crew in 1984 was 65 Officers and 1501 Enlisted. It weighed approximately 57,000 tons. How can that much steel float? Another thing that amazes me is that entire ship is welded together. And it can’t leak. That is one hell of a bunch of work anyway you look at it. If it would have been possible, I would have like to have seen the engine room. It was truly a great experience to walk thru this ship. If I was a sailor that served on this ship during WW II…….I would walk up and give it a big hug. She would definitely be an old friend of mine. To have heard her guns rattling and banging away would have been music to my ears. 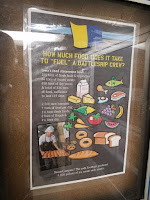 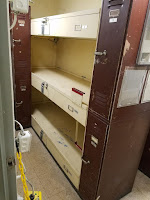 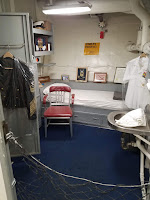 Reading the short blurbs along the passageways was very informative. I’ve said this before and I’ll say it again. If you want to see the difference between what an education will do for you and what your life is like without an education, walk thru a ship. My opinion applies to both the Navy and Merchant Marine Ships. Check the officer’s quarters first. They have a nice bed, closet, desk and share a toilet and shower. Two junior Officers to a room. Their mess is a large table with chairs. Compare this to an enlisted man. He has a narrow bunk bed in a room shared with six other guys and a small locker, that’s it. A shared latrine and shower with the rest of the ship. Their mess facilities were substantially less desirable. They may be standing alongside a wall with a shelf on it that they can set their tray on while they eat. That’s how they eat morning, noon and night meals. I wonder if I’m the only person whoever sees that.

My brother, Tonya and I left the USS Iowa deck and walked around on the waterfront looking at other old military vehicles and anchors etc. etc. and then went home. I checked my e-mail tonight and I have not heard back from my Broker. They seem to be struggling with Environmental Protection Agency (EPA) Declaration Form & Declaration. The EPA has not released my motorcycle back into the United States. There is no more info for them. They have it all. All fees and charges have been paid. What is the delay? 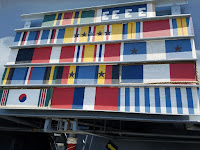 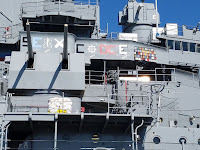 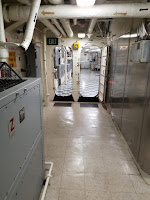 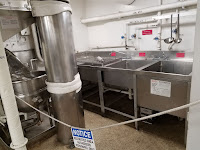 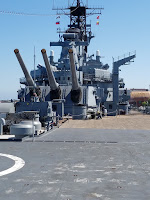 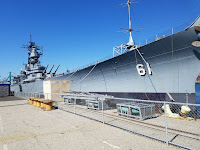 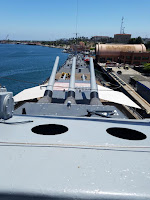 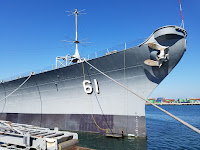 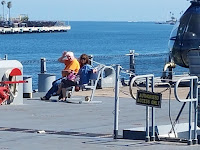 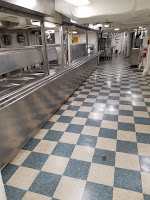 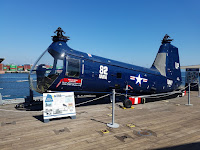 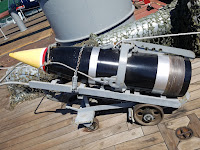 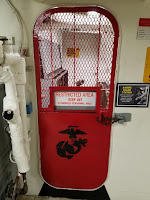 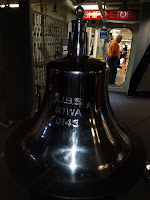 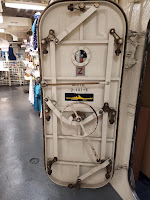 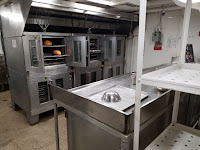 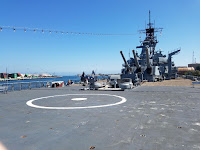 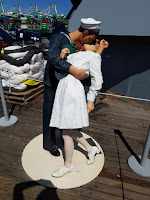 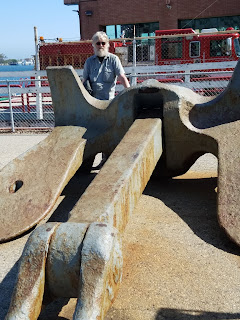 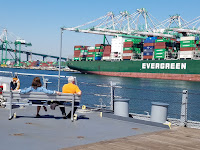