13 January 2018 – Because I arrived a day earlier than expected I have more time than I initially planned. At the hotel desk, I checked on a tour of the Panama Canal. They said the best viewing time is after 2:00 p.m. So, I arranged for a taxi driver to leave the hotel at 1:30 p.m. I went back to my room and looked over my e-mails from Air Cargo Pack. I had to make a decision when to ship my bike. I finally decided I would drop it off on 15 January 2018 and ship it on the 16 January 2018. I e-mailed Leivy at Air Cargo Pack of my decision and she promptly e-mailed me back that she will be expecting me on Monday. 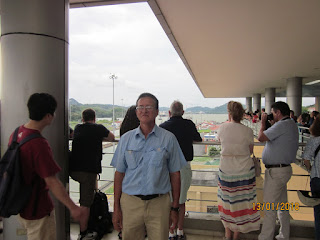 Leanardo my taxi cab driver arrived at 1:30 p.m. and drove me to the Panama Canal. I went through the museum, watched a video about the construction of the canal, and then watched a U.S. submarine and three ships pass through the locks. The newer and larger locks do not have an observation deck like the older locks have. You could see the large container ships pass through the larger locks but only at a distance. I would say you could see them at about 440 Yards / 440 Meters. It was pretty interesting. I was there from 2:00 p.m. till 5:00 p.m. My taxi cab driver tried to explain some stuff as best he could on the way to the Panama Canal. He told me about the U.S. presence there and the breakeven operation we ran. Panama now runs it to make a profit. I was told the smaller ships using the old locks can be charged as much as $300,000 U.S. Dollars for a single passing. Off course if a small sailboat or a large yacht go through they don’t pay the same fee as a cargo ship. Panama pro-rates that somehow. The larger ships using the newer locks can be charged up to $500,000 U.S. Dollars for a single passing. In 2016 the one millionth ship passed through the Panama Canal. Panama held a huge celebration over that. 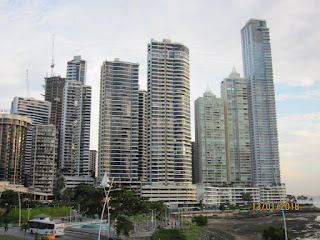 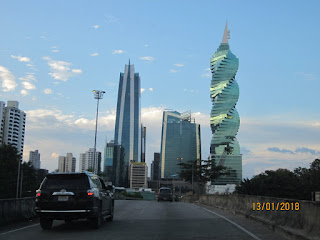 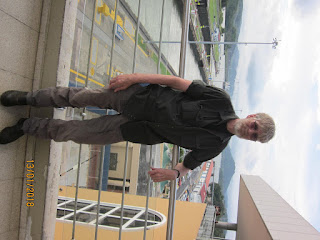 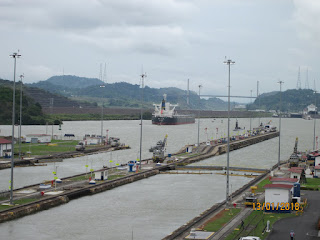 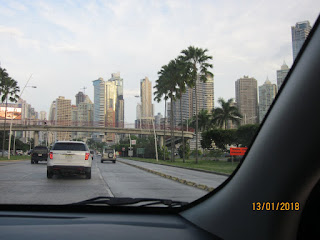 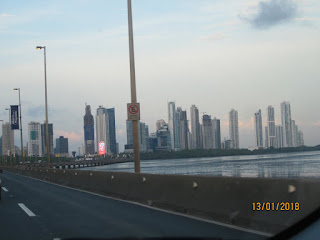 My driver and I left at 5:00 p.m. and on the way back to the hotel he gave me a tour of the downtown Panama City area. I was able to take a few pictures of the skyscrapers. 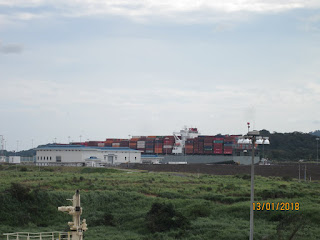 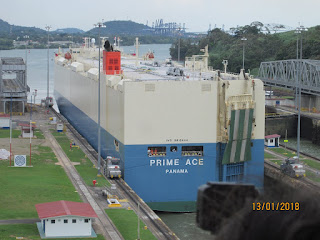 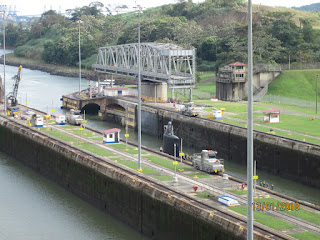 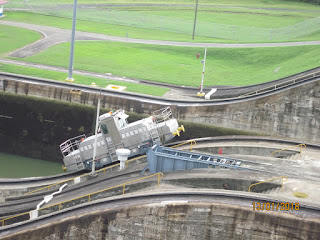 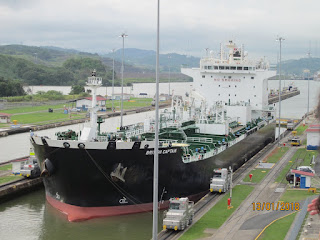 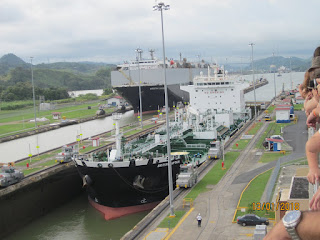 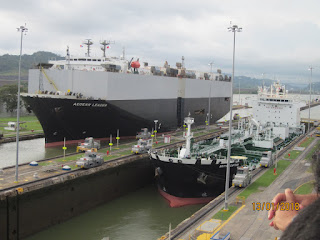 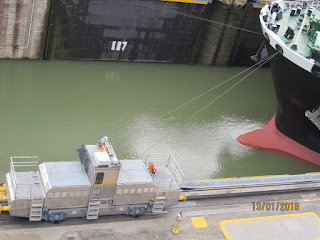 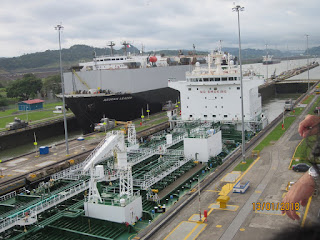 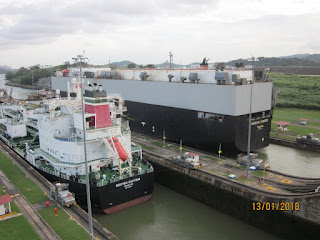 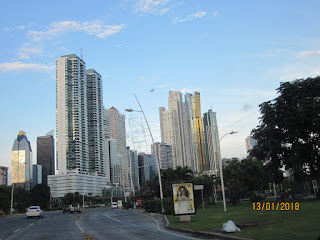